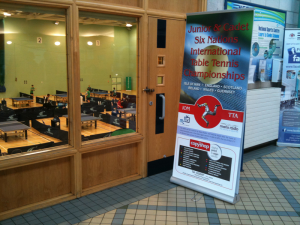 The Copyshop has for many years sponsored teams in the Isle of Man Table Tennis Association Leagues.

The Copyshop currently sponsors 5 teams with 21 players in total in the 3 divisions and has the largest number of players in the Association.

The League games are played at the NSC in Douglas, on Wednesday evenings throughout the League season, which runs every year from September to Easter.

During this time a number of Copyshop team players regularly take part in Island competitions and off-Island events.

The Copyshop’s first division A team has been the main contender for the top spot for many years and regarded as the League’s leading team.

It has been the aim of the Copyshop for many years to provide opportunities for young players – who excel each year in the Manx Youth Games- to play and gain valuable experience by playing in the IOMTTA Senior League.

From this the youngsters gain valuable experience playing against older players. Their success is not measured in wins but in the improvement in their confidence and ability throughout the season.

The Copyshop has also for the past 8 years provided additional coaching tuition to the youngsters every Friday evening along with a visit by British coach Jason Sugrue, 4 times per year. These visits are arranged through the Association.

Ewan Watterson, the Copyshop coach, has been a table tennis player for over 30 years and has represented the Island on numerous occasions at international events. He is now retired from competitive playing and concentrates his skills on coaching the Island’s youth.

Gwen Watterson, a director of the company, assists Ewan with the organisation of the coaching sessions. She also encourages the talented juniors she has spotted (during the Manx Youth Games) to continue with the sport.

At present, the A team is top of the first division and the B team is pushing hard for the top spot in the second division. The C, D, and E teams contain youngsters from the Manx Youth Games.

Join our newsletter to keep up to date with further Table tennis news.